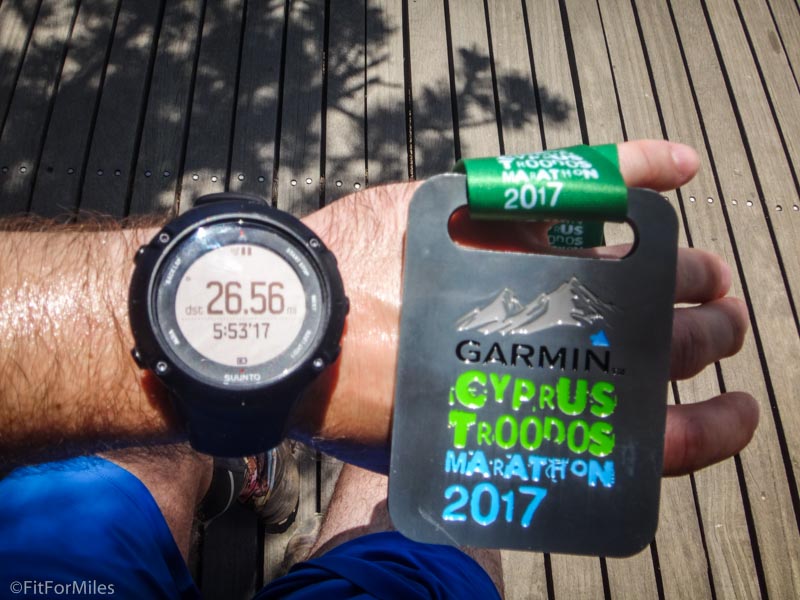 My long run this week was my race! I was in Slovenia all week and so I didn’t get much running in, but it was a taper week anyway so it was nothing to stress over. See below for the stats.

We began at 5:30am and it took me just under 6 hours to complete. It was a really tough race and the heat was really beating down on us, which didn’t make it any easier. I’ll have a race report on it soon enough.

Awolnation is still a a relatively unknown band in most circles, but I first came across their music back in 2011 and have loved just about every song they have put out. This was the first song of theirs I heard and I was hooked instantly. It’s one of my favorites of all time and one of my go-to race songs for when the going gets tough.

What a week! I was travelling in Slovenia until the day before the race, getting back just in time to drive to the hotel and pick up my race bib. Unfortunately, the airline lost my luggage on the way back, which had all of my training gear inside. So, we had to drive all the way back home for me to pick up my spare gear and shoes (which I’d prefer not to run in) and then drive another hour and a half to the race site.

Despite that, the race went fairly well. There were a lot of strong runners participating and so I was nowhere near the top finishers, but it was a great day nevertheless. This is about the end of the race season and it won’t pick back up until the fall, but I will be training throughout the hot and steamy summers for the Buff Troodos Ultra in October.