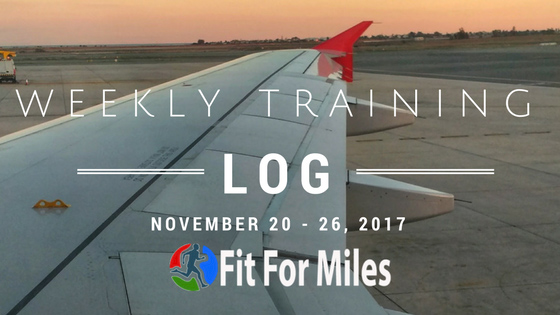 This was my shortest mileage week in a long time! Partially due to some much-needed recovery from the Larnaca marathon last weekend, and also because we traveled to Hawaii! We left Cyprus on Thursday evening and finally made it to Kona on Friday night – it was a loooong day.

Hawaii is a 12-hour time difference from Cyprus, so we spent the weekend trying to get back on schedule. Three days later we’re still passing out at 8pm and wide awake at 4am, but hopefully that will change soon (just in time to head back, I’m sure!).

We haven’t done any runs in Hawaii yet – just some yoga and snorkeling – but that will soon change as we head to Volcanoes National Park!  Since then, we’ve been adjusting just fine to the landscape:

Although we left for Hawaii on Thanksgiving, we had some friends over for a small feast a couple of days prior:

We pulled a couple of the recipes from Thug Kitchen, which is an incredible and hilarious cookbook. I highly suggest you check it out.

Before heading to the airport, I did a quick 10-miler on the linear path near home, which ended up being my longest run of the week. Then, we were off!

We really are over the rainbow in Hawaii! Never seen so many floral shirts and ukuleles. This place rocks.

A short running week, but a long couple days of travel. I consider it “forced recovery”, which I definitely could use a bit of. I’ll be trying to balance rest and running while here in Hawaii for the next two weeks. We’ll see how well I do.