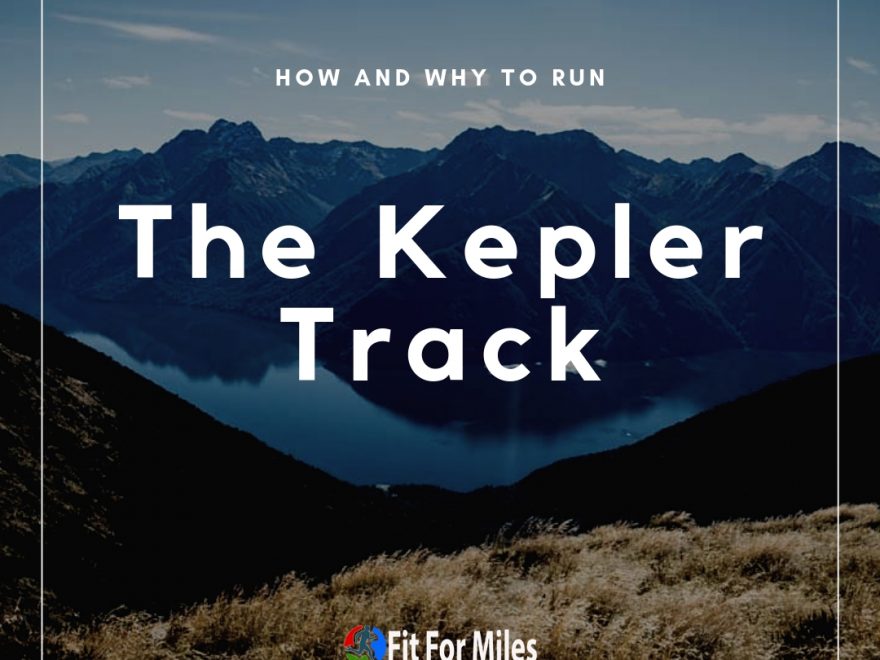 It’s no secret that New Zealand is home to some of the world’s most amazing nature. Woven among the many fiords and mountaintops are nine “Great Walks” which are maintained by the Department of Conservation (DoC) and showcase the country’s wonderful scenery. In 2016, more than 120,000 hikers took to the trails in New Zealand, proving ever more that they are truly special. The Great Walks all have huts along the route that hikers can stay in for a fee, which was recently and dramatically increased in order to recoup some of the financial losses the DoC has experienced due to the increased use of the trails (they experience an average loss of NZD 3.8 million per year). In 2018/2019, the fee to stay in a hut along the Great Walks during the high season NZD65 per night for New Zealanders and NZD 130 per night for foreigners.

Another reason for the price hike, DoC says, is to manage (i.e. reduce) the number of hikers on the trail. During the peak periods, huts along the most popular tracks are at capacity for weeks on end, making it nearly impossible to reserve a bed without booking nearly a year in advance. Despite these logistical and financial obstacles, it is indeed still possible to experience the wonder of the New Zealand’s Great Walks if you’re well trained and ready for a challenge: just do the entire track in a single day! During my recent trip to New Zealand, I decided to do just that.

The Kepler Track is one of the most popular Great Walks with more than 15,000 visitors per year (the third most of all the Great Walks). It is located in Fiordland National Park just outside of the lovely village of Te Anau, about 2 hours south of Queenstown on the South Island. The entire track is 60km in length and boasts 6,388 feet in elevation gain and loss. The terrain is almost completely runnable and the views are stunning – what more could you ask for?

While most of the Great Walks are short enough to be run in one go, some are point-to-point (such as the Milford Track) which would require transportation back to your hotel or vehicle once you finish. However, Walks like the Kepler Track lend themselves nicely to a day-long jaunt as they are circular in nature and accessible both in location and in difficulty as they tend to have a rather minimal overall elevation gain. As I was already planning to stay in Te Anau for a few days, the Kepler Track seemed like the best option.

Here are a few more reasons you might consider running the Kepler Track in a day:

You Have Limited Time

The typical hiker spends four days on the Kepler Track to complete the 60km (37mi) circuit. Perhaps you’re on a limited schedule, as I was, and didn’t have that much time to invest in a multi-day hike.

I’m not the first one to consider this feat – in fact, there is an annual race called the Kepler Challenge which has had runners doing the whole route in one go for more than 30 years! In case you’re wondering, the current speed record is 4:33:37.

You Don’t Have a Hut Reservation

Reservations for the three huts on the Kepler Track must be made far in advance (they begin accepting reservations in June of the prior year) and fill up fast. If you missed your window to book, it’s still possible to camp in some areas but you then have to bring or purchase extra equipment which you may not have accounted for.

As I mention above, the current rates for all huts on the Kepler Track are NZD 130 per person per night. For two people to hike the Kepler Track and stay at the huts, assuming you were able to make a reservation, would be NZD 780 – a rather ridiculous amount given the minimalist level of accommodation and services (which are great for a hike, but not worth more than the price of a hotel in my opinion). Instead, since there are no entrance fees for Fiordland National Park, you could see the entire track for free and spend your money on some of the less expensive tracks like Greenstone and Caples, where the huts are just as nice but cost only NZD $15 per night.

You’re Training for or Recovering From an Ultramarathon

When I ran the Kepler Track, I had one week prior participated in the Altra 50k Skyrun in Cromwell (part of the Northburn 100). While I felt totally recovered, I wanted to keep my legs fresh and my training level high and this route was a great way to accomplish both. Had I been training for another race in the near future, this would have been a great training run.

Who doesn’t? Although the weather in New Zealand can be tempermental, especially in the mountains, you are able to more easily plan for and predict bad weather if you only need to consider a single day. When I planned to go for it, I had a three-day window that worked with my schedule and I chose to go on the day with the nicest weather. Both the prior and following days it rained hard and would have made the experience much less enjoyable.

How to Run The Kepler Track in a Day

If you’re not visiting during the first week of December and therefore cannot participate in the Kepler Challenge it’s still possible and quite simple to plan the journey yourself. If you’ve run an ultramarathon of 50k or more, this is nothing more than a long day in the mountains which should be familiar to you in some capacity. The only difference is that there are no aid stations and so you must bring all of your nutrition with you (unless you plan to shakedown some hikers along the way!).

Here is a sample gear list you should consider packing for a March or April (Fall season) trip. Because of the quickly-changing and unpredictable weather, it’s better to be a little heavy to ensure safety. In reality, though, if you do find yourself in an emergency situation the huts are well-equipped with communications equipment and knowledgeable wardens who can assist if needed. But why risk it? Properly preparing for the expected conditions is a much better idea.

Here’s what else I had with me (affiliate links):

While it’s fairly easy to pack the nutrition you’ll need for a 60k run, it’s a bit more difficult to ensure you’ll have enough water. Instead of hauling 4+ liters with you from the start, simply stop by any of the three huts along the way to refill your bladder or bottles as they all have potable water in the bathrooms. The use of these facilities are technically for paying guests only, so if you do need to refill your water try not to be obtrusive or take it for granted.

Most hikers complete the Kepler Track in a counter-clockwise loop. The advantage of this direction is that the big climb is drawn out over a longer distance, making it easier for walkers with heavy packs. Because of this, I suggest going clockwise.

Even though I ran the track in April, which is on the tail end of the high season, I estimate that there were more than 100 hikers out there at the same time. All but maybe five were hiking counter-clockwise, meaning I could simply pass them going the opposite way and didn’t have to constantly overtake others and disrupt their (or my) flow. What’s more, when you go clockwise, the ridgeline view is much more dramatic. Since the track starts in the woods and then makes a sharp ascent the contrast is highly pronounced once you pop out above the treeline. Going the other direction, you’re above the treeline for several miles before you get to see the best views.

The earlier you can start your run, the better. Unless you are an elite ultrarunner, you should expect to be out there for 6-8 hours or more, depending on your pace and how often you want to stop for photos (which I suggest you do a lot!). In the latter part of the summer season, the sun doesn’t rise until after 7am and quickly sets just after 6pm. Although the track is well-groomed, it’s best to avoid running along the ridgeline in the dark and so you should plan to get up there in the morning and be descending in the afternoon.

I’ll be honest – I didn’t technically complete the entire 60k Kepler Track. Instead of starting and finishing at the Car Park, I began my run at Rainbow Reach and finished at the Car Park instead. This avoided the 5km stretch between the two points which, I had on good authority from a fellow Northburn racer, was not worth the effort. Indeed, the best scenery is fully contained within the 55km clockwise trail and the last little bit is a flat section along the Waiau River. If you’re pressed for time, uncertain of your abilities, or simply want the best bang-for-your-buck kilometer-wise, skipping this section is highly advisable and I’m glad I did it.

Take it all in

The scenes along the Kepler Track are unlike anything I’ve seen before. Take your time, enjoy the ride, and be thankful your body is able to take you to these incredible places. 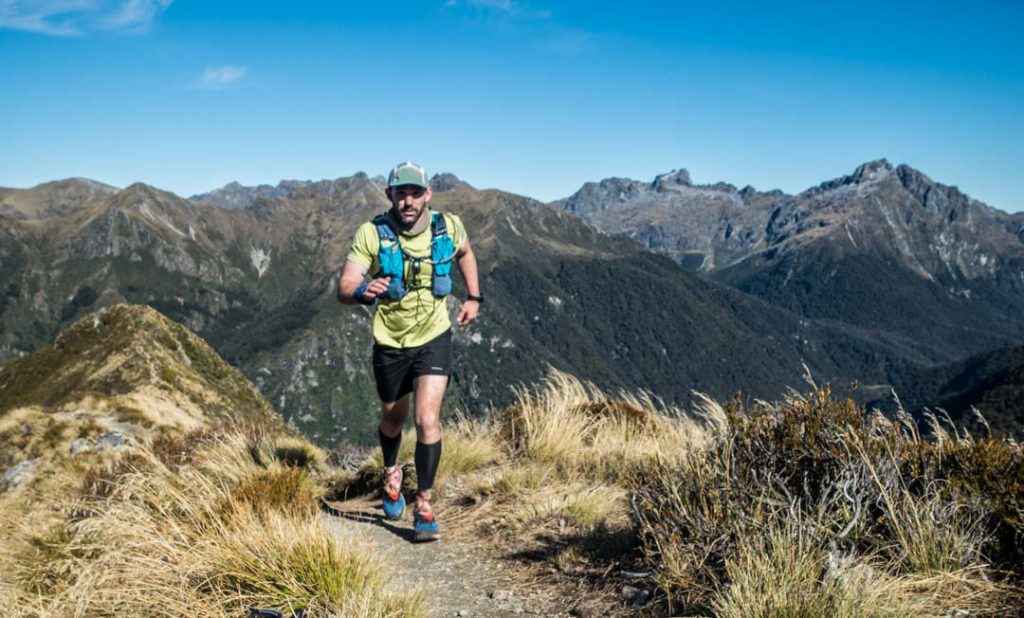 Running the Kepler Track in one day is a challenging, rewarding, and unconventional alternative to the traditional (and expensive) four-day hike. Whatever your reason for considering a shorter visit to Fiordland National Park, do not overlook the possibility of seeing some of the country’s best natural wonders while challenging yourself in a unique way which increases date flexibility, allows for ideal weather conditions, and significantly reduces costs.

Disclosure: I am not a doctor, nutritionist, or coach. Please do not attempt this without proper training, equipment, and support.