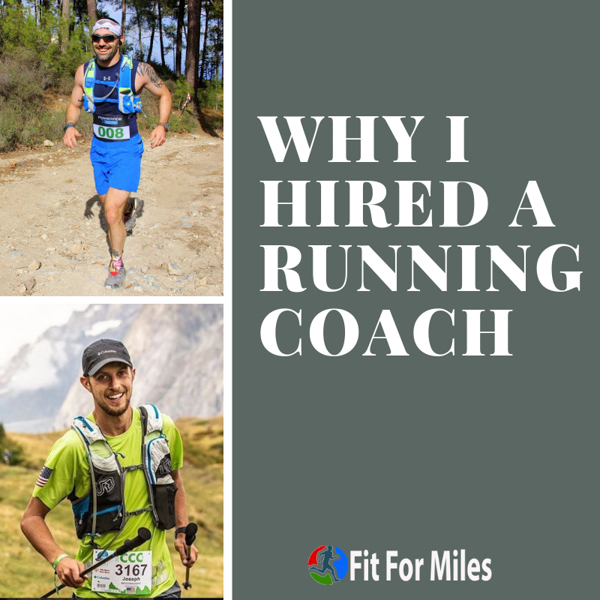 I started running in 2014 as I trained for the Mount Desert Island Marathon while living in Egypt. I had never run more than ten miles prior, but I found a training plan online and ticked off mileage according to the instructions.

Two years later, I was living in Cyprus and decided to try trailrunning. It seemed like a nice alternative to simply hiking, so I signed up for the Two Castles Mountain Ultra 30k race. Long story short, it kicked my ass – but I was hooked. I had never worked so hard for such a short distance and it felt incredibly rewarding and was exactly the type of activity I was looking for. How else can you retreat to the mountains, get some great exercise, and challenge yourself mentally all in the same morning?

Throughout 2016, 2017, and the beginning of 2018, I completed several ultramarathons and trail races in Cyprus that were all very rewarding and challenging in their own ways. I then set the Fastest Known Time speed record on the Beşparmak Trail in Cyprus just before leaving for my Appalachian Trail thru-hike, which I completed at the end of June.

Since it’s unlikely that I’ll get the opportunity to thru-hike another trail in the near future, I am making a slow comeback to ultrarunning to continue the benefits and enjoyment I get from it. However, this year I’m taking action to learn and grow as a runner and have decided to hire a coach.

Why I Hired a Coach

Truth be told, I have been in a bit of a training rut since finishing the AT. By the time I summitted Katahdin I was skinny, weak, and my feet hurt all the time. Four months later, I’m just now starting to get my groove back and am finding my stride. That being said, I could foresee myself having a hard time staying motivated to run long distances while here in Pakistan. Although there is a great gym, we have limited access to road routes (and forget trails) so there isn’t much variety in the available training space. By having a coach who is setting training plans each week and expects me to follow through, I find it much easier to get the mileage done without boredom. What’s more, I now do things like speedwork, tempo runs, and hill repeats in my training which help break up the monotony.

Speed has never been my objective when training for and racing ultramarathons. I only have a handful under my belt, and the goal has always been just to finish. While that is still a major yardstick of success for me, I’d like to see if there’s anything I can do to get closer to my physical potential and increase performance. I’m very much into the “80/20” principal (finding the 20% of work that gets 80% of the results) and by having a coach who can introduce me to different training methods, drills, and tactics, I can figure out what works best for me without wondering “what if”?

I haven’t exactly nailed down how to measure performance in this sense, but overall I’d like to see if I can go further and faster while feeling better.

Correction of bad habits & formation of good ones

Athletics is a big part of my life and something I will continue to pursue until it’s time to check out. I may not be running ultramarathons into my later years (or will I?), but the lessons learned through these activities pay dividends in all other aspects of life. With that in mind, I think it’s important to start implementing correct foundational habits with regards to training and nutrition so that I can continue to reap the benefits for years to come. I’ve never had a running coach of any kind, so other than what I’ve read and learned online and from friends I’m really just testing things out as I go. I’m hoping that a coach will not only be able to point out deficiencies so that I can fix them, but also recommend things I’m not currently doing or hadn’t thought of. As the saying goes, “you don’t know what you don’t know until you do”, and so I’d like to cut out all the wasted time and effort of figuring out the simple things and start ingraining good habits now so that I can continue to grow as an athlete.

The decision to work with Joe McConaughey, also known as “Stringbean”, was an easy one to make for many reasons. As a lifelong runner, he had success at the collegiate level before turning his focus to ultramarathons and is well-known for his Fastest Known Time (FKT) attempts where he has set speed records on both the Pacific Crest Trail and Appalachian Trail – a combined distance of nearly 6,000 miles. Having thru-hiked the AT myself this year, I have a special appreciation for the tenacity it takes to complete such a feat and believe that his self-supported record of 45 days, 12 hours, and 15 minutes (pictured above) will stand for a very long time.

In my initial talks with Joe, we connected instantly. We both have a passion for gnarly races in far-off places. We’re both hikers, boundry-pushers, and norm challengers. He’s the kind of athlete I strive to be, and there’s a lot I can learn from his experiences. He’s a personable and relatable guy who believes in balancing life with running while putting in the work necessary to achieve your goals. Despite his remarkable achievements, he’s approachable and I don’t feel silly asking basic questions or tweaking his training plans to work better for my current abilities. He’s professional, makes time for his clients, and responds quickly to inquiries. What more could I ask for? In just the first few weeks of working together, I’ve already noticed a significant improvement in my speed and quality of running which I’m sure will continue to increase with time. I’m excited to learn from Joe’s extensive knowledge and I’m convinced that I can improve immensely on the goals I laid out above while under his tutelage.

Next week, I’ll announce the next race that I plan to compete in which Joe is already helping me prepare for. Stay tuned!