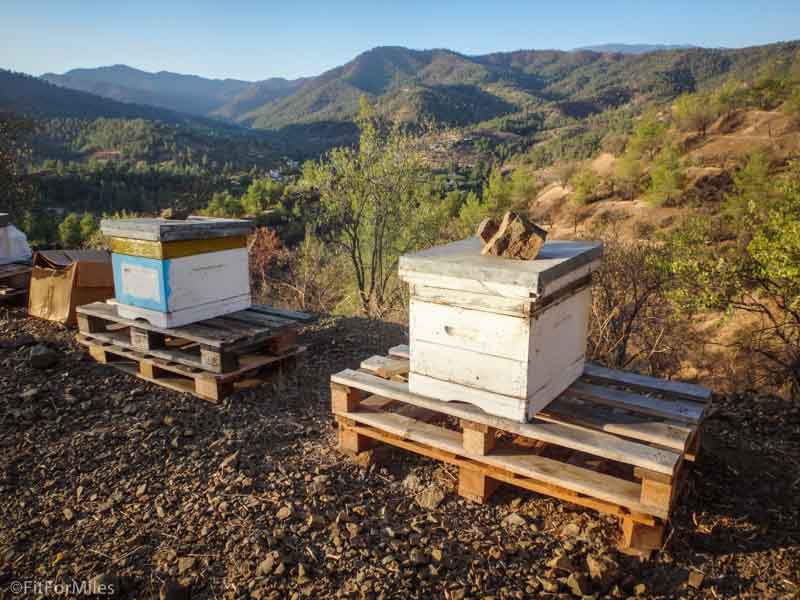 My training this weekend was broken into two runs, one of which was the Atsas Night Trail Race. This race started in the village of Ayios Theodoros, about 45 minutes outside of the capital of Nicosia, and was a 10.5km route through the mountains using only our headlamps and some glowsticks tied to trees as our guides.

The race was very well put-together, I might add. There were about 100 runners participating, most of which were quite fast and experienced (don’t even ask where I placed!). It started at 7:30pm and most people were done within 1.5 hours. Here are some pics:

Like I said, this race was great. The trail was very well marked (although pretty tough!), we got lots of free stuff (Compress Sport headband, free meal, medal), an aid station halfway through, and registration was only 20€. Great value here!

When I originally signed up for the race, I thought it was closer to home and would be a quick drive to get out there and back in time to get a full night’s sleep before getting up early for my long run the next day. When I realized it was more like a 45min-1hr journey, I decided to pack my tent and camp out for the night to stay in the area and explore the surrounding trails a bit more the next morning. That ended up being a fun idea, and I found a little spot right off the trail that I wanted to run and set up camp. After a somewhat restful night of sleep, I was up early to the road again. Looking at the map, there were TONS of jeep track trails all around this area, so I had sketched up a rough route and tried to follow it as best I could. There were lots of interesting things to see along the way, the first of which I ran into was a series of bee apiaries along the road: As well as these old stone kilns that were used to burn heartwood for sap tar extraction hundreds of years ago: And even some torched vehicles. Looks like this area suffered from a pretty nasty fire at one time. And, of course, some great mountain views: I re-traced part of the previous night’s race, not recognizing a single part of it since I couldn’t see any more than was right in from of me at the time. Much more picturesque in the daytime, if you were wondering.

The temperature was reasonable until about 11:30am, when the midday sun started to make an appearance. I hustled back to the car, completing my goal of 20mi, and headed home from there. This little village is great!

Great song from 2010 that was my introduction to Mumford & Sons and that killer banjo tune. Their lyric “find strength in pain” sometimes hits very close to home when on these extended training runs!

Another great week of training in the books. I was feeling a bit lazy and tired from Wednesday on, so I scaled back my running and took it easy in order to rest up for the two runs this weekend. My race is now only two weeks away, so I will continue to taper my mileage until the big day while maintaining most of my strength workouts.