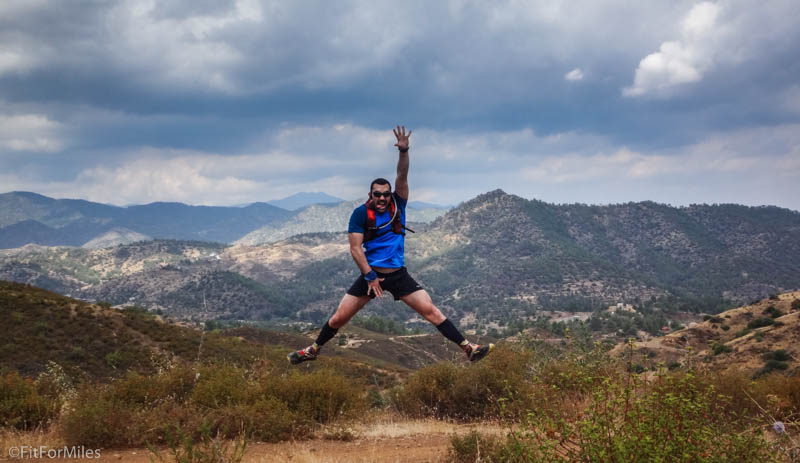 Jetlagged and downtrodden from my return to Cyprus from Montenegro and a couple of “meh” runs, I set out this weekend to explore some of the E4 spur that I discovered a couple weeks ago near one of my favorite trails. This ended up being a really nice find and I was able to follow the E4 for a full 9 miles before turning around. The E4 isn’t a strict trail and often makes use of paved roads to get from one place to another, and so unfortunately I had to spend more time on the pavement than I would have liked. This run was a little easier than some others have been lately, both because the weather was somewhat agreeable and the grade wasn’t too intense nor the trail too technical. Since I ran a road marathon last weekend, this was just what I needed to re-introduce myself to the fantastic trails here in Cyprus and gear up for another steamy week.

I’ll also note that in my limited ultrarunning career, this is my first “50-mile week”! I’ve come pretty close in the past, but never surpassed it even with my 50k training. 50 miles in a week isn’t anything particularly special, it’s a new box to check for me. This week, I’d like to serenade you with a video I took on my long run. I was running through this village and despite having my headphones in, could hear the Sunday services bellowing from the Agios Epofanios Greek Orthodox church. Although I’m not religious whatsoever, there’s something about the trance-like sermon of a Greek Orthodox priest that draws me in.

This was a great week of training. I got in my strength sessions, had my highest weekly mileage to date, and didn’t feel like death at the end of it all. We’re in for another heat wave in Cyprus next week, so I’m trying to schedule as many runs as possible in the mornings to avoid being out during the hottest part of the day.