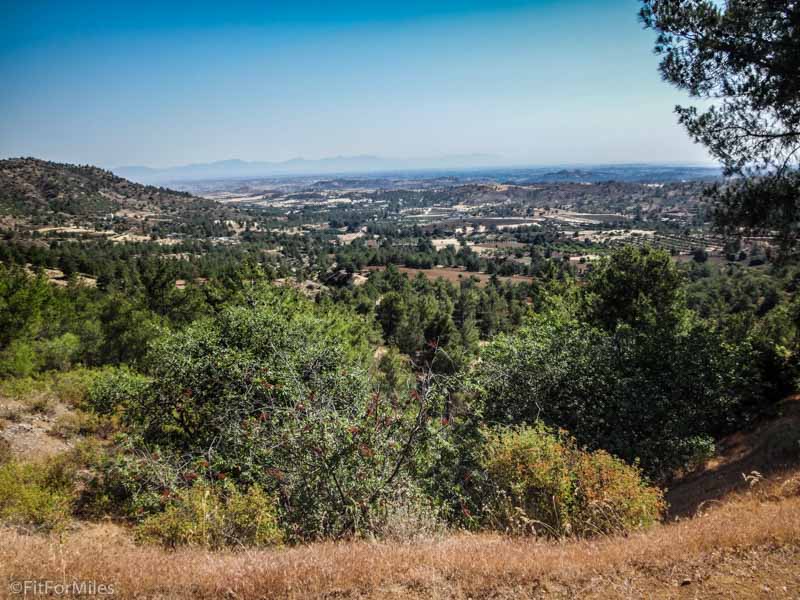 There was a rally car race in Nicosia today and so the crossing I usually use to go the North and run in the Kyrenia mountains was closed. That being the case, I decided to revisit one of my favorite routes just outside of the city where I did a couple loops and had the place all to myself. The heat is really ramping up here in Cyprus, but by being on the trail by 7am I had a good head start on the sun. Here’s the course:

One part I hate about the trails here is that there is a lot of litter. Shotgun shells, cigarette packs, and even gels from previous races. C’mon guys, I expect this from the hunters but not the runners! Whenever I go out, I try to pick up what I can and dispose of it properly. Here are today’s finds, only limited by the amount I could carry in my hands:

Although I was relatively late to discovering Nas, his old raps are on another level. I’ve been listening to this one a lot lately and am loving it. If only we heard this kind of flow more often!

I took it pretty easy this week so I could recover from the marathon last weekend. It took a bit longer than expected so I really didn’t feel up to doing any kind of running until Wednesday when I got back into it. My long run this week felt alright, but I know I’ll be pretty sore tomorrow.

In the next couple of weeks I’m going to start incorporating morning runs into my routine in an effort to escape the heat. Instead of doing them in the afternoon and lifting weights in the evening, I’ll shift everything down and run in the mornings then lift in the afternoon in order to avoid being outside at all from 1-5pm when the sun is at it’s hottest.