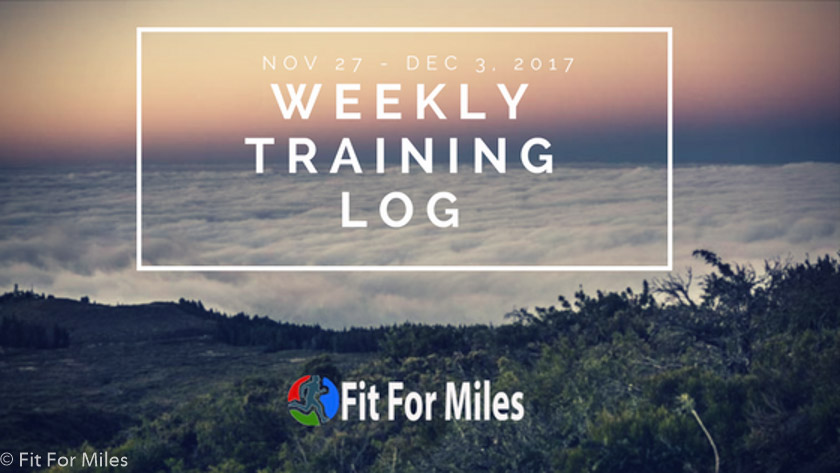 Last week, I said that my training was the lightest in a long time – until this week. It’s always tough to get in much scheduled training on vacation, and the weather here in Hawaii has been unseasonably rainy which has canceled several of our planned outings. For example, when we went to Volcanoes National Park, we planned to do a nice 10-mile run/hike to the lava fields. But once we got there, the weather was pretty miserable: We walked a couple of miles throughout the day there, but nothing like we had planned to do. We then thought we’d head up to Mauna Kea (the highest mountain in the world, FYI [except most of it is under water]) to do a hike and then some stargazing. But, because of the poor weather and visibility, the top of the mountain and our stargazing adventure was shut down for the next few days. We thought that maybe by the time we got to Maui, the weather will have improved and we could kick it into high gear. As you might imagine, this didn’t happen. On our first full day on the island, we did the Road to Hana, a popular tourist drive down the coast of the island. We stopped at a number of waterfalls and attractions, but several were closed because of flooded roads due to the high volume of rain. We did manage to see some great waves and splashes at the Waianapanapa State Park, which is famous for its black sand beaches. But again, due to the rain, we weren’t able to do the hikes and runs we had planned during the day and instead had to skip about half of the sights. The waterfalls, though, were loving the surge: On Sunday, we finally got a break from the weather and headed to Haleakala National Park to check out the crater. It was chilly above the clouds (about 50F) but completely clear. We headed off down the Sliding Sands trail to get a better look at the landscape. We took our time with the hike and ended up staying out for about 4 hours but only covering about 5.5 miles. Of course, it was downhill the whole way out and then uphill the way back, so we took plenty of breaks. Also, at 10,000 ft we were a bit short of breath!

On our way down the mountain, we caught a bit of the incredible sunset as it dipped below the clouds: I’m glad we were able to get in a nice hike in the park – the forecast for the rest of the week clearly indicates that we’re in for more rain. Ugh.

This song is a favorite and wildly appropriate for the weather conditions we’ve been facing over the last week. Hopefully it will clear up in the next few days and we’ll be able to hit the trails a bit more before heading back to Cyprus.

Another short week comes to an end, just as another one starts. We got rained out of most of our training this week and I wasn’t motivated enough to get out there in the crappy weather. This coming week will be more of the same, I assume, and I won’t get back into a regular training schedule until we’re back in Cyprus.