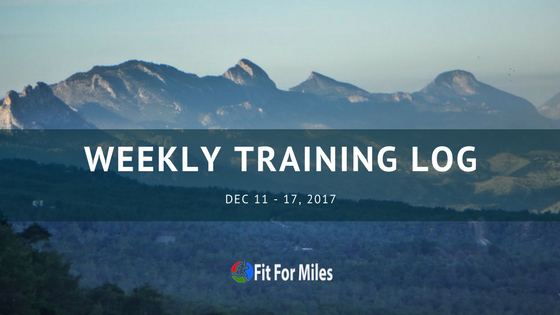 We made it back to Cyprus! After an incredibly long and uncomfortable journey spanning three days and 30+ hours, we landed back in Cyprus after being in Hawaii for the last two weeks. Since then, we’ve been fighting jetlag and losing the battle. 4am wake-ups, crashing at 8pm, and just generally feeling under the weather has been the theme this week. However, as the weekend approached I began to feel more energized and decided to hit the trail at one of my favorite spots in Northern Cyprus. The trail is mostly an undulating jeep track with nice long downhills and seemingly never-ending uphills. I was wide awake at 4:30am on Saturday morning and headed out. As I made my way to the trail from the parking area, I noticed that something looked a bit different. When I set foot on the trail, I looked down to see this: They had PAVED THE TRAIL! Why would they do this?! In the end, I realized that this was some sort of access road that led out to and electricity substation, but still – the dirt was in fine shape! Thankfully, the paving only lasted about a mile and a half, and soon enough I was back on my beloved earth. I decided to take a detour off my normal out-and-back route, knowing that it all eventually connects back up to the trail I was on. This detour was a great idea, as it gave me a couple of incredible mountain views I hadn’t seen before: Being out in the mountains at sunrise is a wonderful thing. I wish I could muster the discipline to make it up there early more often, but unfortunately it requires a 45+ minute drive (not to mention the border crossing) so it doesn’t happen frequently. The trail has a really spectacular and unique glow at that time of the day.

Per usual, I was the only one out there for miles, which I very much enjoy. I’m usually joined only by spectators of this variety:

I thought it might be colder up there in the mountains, but I was surprised by a perfectly comfortable temperature. Nevertheless, I came prepared with my gloves and other winter gear which fit precariously on my Patagonia pack.

Another thing I hadn’t done much of lately is my regular trash pickup along the trail. I came prepared with my own bag this time, and I had no trouble filling it to capacity in short order. Unfortunately, that meant I had to run with a full bag of trash for 12+ miles!

In the end, I had a nice slow day in the mountains and clocked 16 miles. I felt pretty good after and am excited to ramp up my training again. Here are the stats (including Heart Break Hill at the end!):

You wouldn’t know it by the weather, but it’s that time of year! I’ll admit that while I despise a lot of the consumerism that the holiday season has become, I do love me some Christmas music. Crosby and Sinatra are on repeat starting just after Thanksgiving, and this is one of the first tunes I spin up.

A week of travel recovery and fighting jetlag. I was glad to do a nice run in the mountains, have some great views, and pick up a little garbage along the way. I hope to continue this trend as I train for what will be my last Ultra in Cyprus (To be announced soon!).