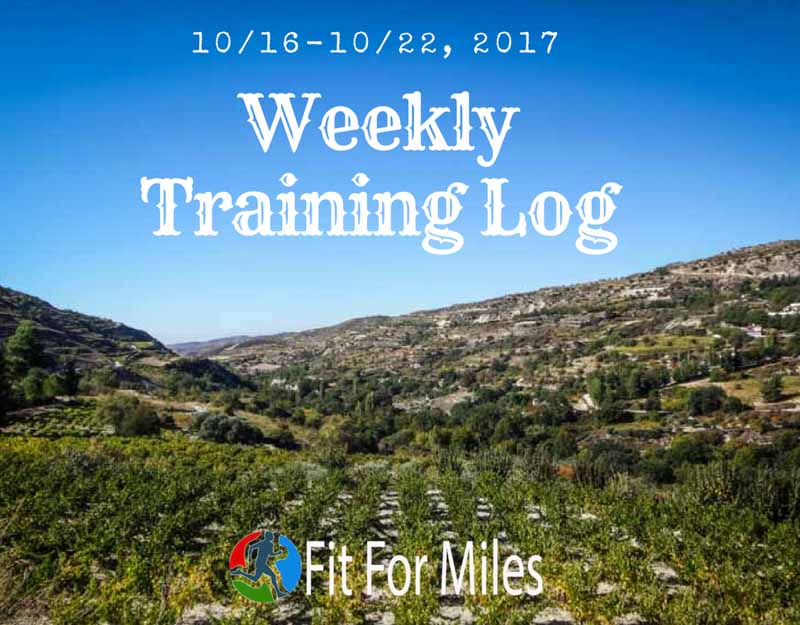 This week, my long run was another race. This one was called the Cyprus Walkdown required going from the highest point on the island all the way down to sea level. It was unique in that the course was not marked, so competitors could, in theory, go any way they wanted. Lucky for me, I know the guy who won the event last year and so I simply copied his track from Strava and loaded it on to my watch beforehand.

This was a team event, so I had two others with me. We all had to cross the checkpoints at the same time, so no one could run too far ahead. Despite having the route on my watch, we did not even come close to the podium on this one (not that it was ever the expectation). Some teams, though, got really turned around and ended up way off course. On our way home, an hour or so after finishing, we saw a team walking on the road towards the finish but coming from the wrong direction. They had already been out there an hour longer than us and still had several miles to go. With so many tracks out there it’s easy to get lost. I hope everyone made it to the end before nightfall!

Also, I was reminded yet again that I needed more time to recover from the 80k race two weeks ago and really wasn’t ready for this distance yet. I was feeling great until about 11 miles, and then I started to fall apart. My hip flexors were screaming for mercy while my knees were throbbing. Before too long, the constant hammering of the downhill started getting to my toes as well. The last 10 miles were a real struggle and involved a lot of walking.

We did eventually make it to the end without needing an airlift, which was nice, and completed the course in just under 6 hours. This was a bit longer than we had hoped for and I didn’t have a strong finish, but as far as I’m concerned any day out in the mountains is a win so I’ll take it. Despite that, I felt just as beat up by this race as I did after the 80k – another indication that I’m not yet recovered. Anyway, here’s the track:

I was going through my Amazon order history the other day (which I recommend you try sometime, it can be fascinating) and discovered that my first-ever purchase on the site (on February 20, 1999 – early adopter!) was a single of Eminem’s “Just Don’t Give A F***”. I was 12 years old. I’m still a fan of this song, 18 years later, and I think you should be too. If not, I just don’t give a f***!

I took it easy all week again in hopes that I would be recovered for the Walkdown race. I did a couple of 5-milers and easy days between, which is low volume for me. I felt fine all week and, as I mentioned, fine for first 11 miles of the race before falling apart. Last weekend on my flat 13-miler I struggled at about 8 miles, so I guess this is a bit of an improvement. I wonder how many more weeks it will take me to be 100%? Not too much longer, I hope, since I have signed up for a road marathon that’s in a month!