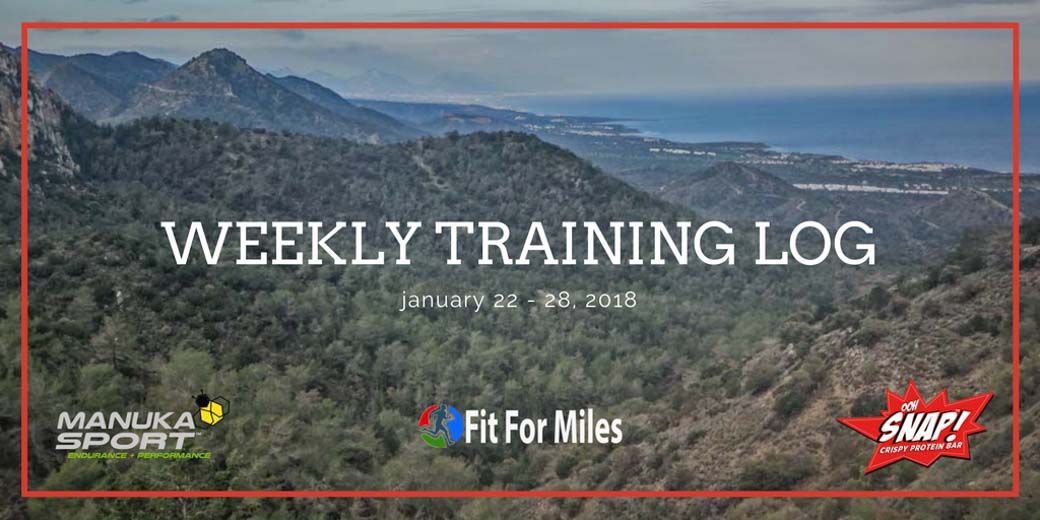 This week I scouted another section of the Besparmak Trail in Northern Cyprus, one which was included as part of the Two Castles 50K I won last May. This section is scenic, rugged, and a bit overgrown, but it was a lot of fun nevertheless.

I began at Tatlisu Pass, which is just outside of the village of Mallidag. This is one of the many places where the Besparmak Trail crosses the main road, so I simply pulled over and ran directly on to the trail. It starts on a steep jeep track and then quickly gets into bushy single track which climbs high and fast.

After bushwhacking my way through the first 2.5 miles and conquering the steep climbs while also drinking in the wonderful views, I realized I had a friend riding along: Ew. This was the first tick I have seen here in Cyprus! I better be careful to check for these guys on future runs – this would be a terrible time to catch Lyme disease!

Anyway, after the aforementioned 2.5 miles or so, the trail ends and turns into a jeep track, which it stays on for the entirety of the section from there. While the first section was steep and tough, this part was not. It had some ups and downs, but totally manageable at a decent pace. I slowed down for a snack, which I immediately fumbled and dropped into a puddle: More jeep tracks and nice views, which carried on until the section ended unceremoniously on a highway. This was my spot to turn around, so I plopped down for a few minutes to have a snack before getting back on my way. I then made my way back from whence I came, sometimes noticing things I had missed the first time through – like this sign from the now-defunct Kyrenia Mountain Trail (which was replaced by the Besparmak Trail a few years ago): As much as I like these old relics, it can make navigation extremely confusing when there are multiple markings along the route which more-or-less (but not always!) point in similar directions. I now know better than to follow these signs!

Once I finished where I began, I took a few minutes to practice setting up my tent that I’ll be using on the Appalachian Trail (the ZPacks Solplex) and cook up one of my dehydrated meals.

Then, I swung by the Antiphonitis Church on my way home. My main motive was to check and see if there is any water available there (for a future adventure), as it lies directly on the Besparmak Trail. It does indeed have water, and the church ain’t so bad itself! And with that, another great day in the mountains came to a close. Here’s the activity from Strava:

In other news, I slacked off this week and didn’t publish any other blog posts. I have a few that are partially written and I just need to buckle down and finish them up.

I did have a couple other Instagram posts, though:

Every once in a while I get the itch to binge-listen to the Eagles. Sure, some of their songs are hokey and don’t make a lot of sense, but damn do they have pipes! A while back I was watching The History of The Eagles on Netflix and they had a quick clip of the band warming up before going on stage in Washington, D.C. It’s incredible. Here’s a crappy version of that clip:

Good stuff! If that didn’t give you chills you’re nuts. Here’s the full version:

Another great week has flown by. Lots of good and hard training this week and preparations continue for upcoming events. I expect more of the same next week!

And once again, this post and my adventures are made possible by both ManukaSport and SNAP Nutrition. Please consider checking out their products and definitely use my discount codes for a break on the price and shipping (FF9898 for ManukaSport, brandon20 for SNAP).