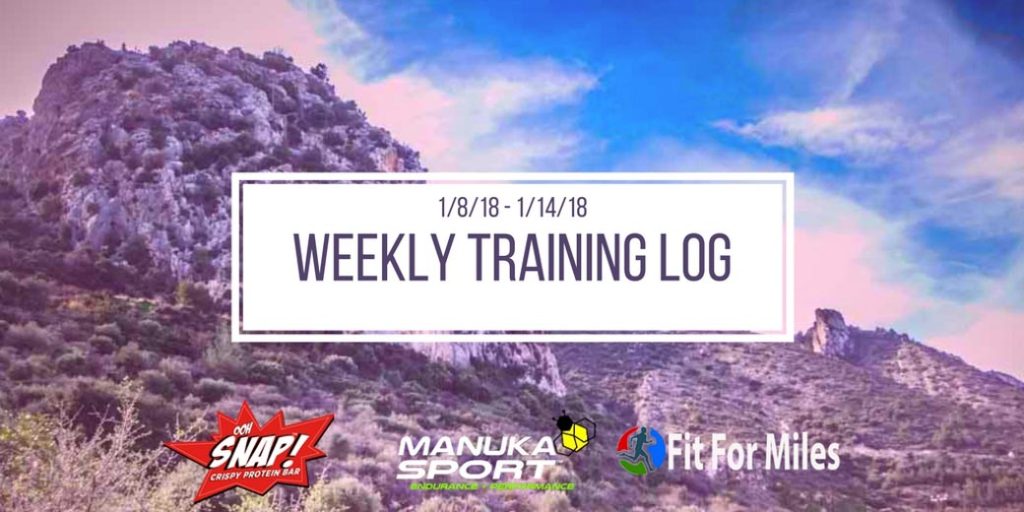 I had a good week of runs and nice long run this weekend. I tried to keep it consistent and put some miles on the legs every day, which really helped boost the volume. On Sunday I went up to Northern Cyprus and did a stretch of the Besparmak Trail that I hadn’t been on for quite some time. It’s a difficult and technical stretch with lots of rock, skree, and a few jeep tracks. Although this isn’t my favorite section, my reasoning for heading out there was twofold: 1) to scout for an upcoming super-secret trip (to be announced soon) and 2) because it’s the closest section of the trail to home – 25 minutes door to door!

To do this, I got started at 6:30am and it was still a bit dark, so I threw on the headlamp but didn’t need it for long! After about a mile I was high enough to see over the valley and straight into Kyrenia harbor as the sun was rising. Before long it was time for a quick snack so I broke out the Snap Nutrition bar. These things taste like rice krispy treats but are packed with 15g of protein! Love em.

While the Besparmak Trail is definitely my favorite in Cyprus, it’s stunts like this that keep me scratching my head: Different markings for the same trail, worn out, and pointing in different directions. If you don’t know where you’re going, it can be very frustrating to navigate some parts. Anyway, I pressed on.

This section of the trail runs by St. Hilarion Castle, which I took my brother to a couple of weeks ago when he was visiting. As seen from below, it’s easy to understand why this particular spot was chosen for their outlook.

That seemed like a good time to down a gel, which I happily did. Manuka Sport combines Manuka honey from New Zealand with caffeine to make the most palatable, delicious, and effective gels I’ve ever used. They are my go-to for quick energy on the trail.

My turnaround point for this run was just a bit past the picturesque little mountain village of Karaman, which appeared to have more cats in residents than people. Along the way back I followed the same route with the exception of a piece at the end where I went off to explore a village and ended up on the main road instead of the trail for the last mile or so. Here’s the activity from Strava:

In other news, I mentioned last week that I had lost my camera by leaving it in a cab in Ukraine. I was pretty distraught about my mistake, but a couple of days later our friends in Kiev told us they had found it! Where, you might ask? IN THE FREEZER.  What happened was that we had all gone out to a Georgian restaurant for dinner on our first night in town, and on our way out someone handed me a bag of leftovers to bring back to the apartment. For whatever reason (in order to consolidate bags, I guess), I put my camera bag inside the plastic bag with the leftovers and headed out the door. Someone back at the apartment put them in the freezer for later, neither of us the wiser about its contents. A few days after we left, a hungry household member went looking for those Georgian treats and came across my frosty device. As far as we know it still functions fine, so now it’s just a matter of getting back to me in Cyprus. Whew, glad that one had a happy (and hilarious) ending! What a great trip that was. Also, you may have noticed photos and promos in this post for two products: SNAP Nutrition protein bars and ManukaSport gels. I have been a big fan of their products for some time now, and I reached out to them in hopes of becoming a brand ambassador. Both graciously agreed, with stipulations requiring a certain number of social media posts per month. In return, I get some free product as well as a discount code to share for my readers. I really do use and support these brands, and would do so whether or not I was an ambassador. If you would like to check out any of their products, see my Instagram posts below for the coupon codes. Thanks!

Jumping into the new year as a proud member of Manuka Sport! Harnessing the powers of raw Manuka honey, they make the best tasting and performing nutrition products I’ve ever used. Check them out at ManukaSportUS.com and use code FF9898 at checkout for 10% off + Free Shipping! . . . . . #manukasport #beefit #beedifferent #beeyourbest #manukahoney @manukasport

Very excited and thankful to be a part of the SNAP Nutrition team! Their bars are fantastic, and if you use code “brandon20”, you can score 20% off plus free shipping! Check ’em out! . . . . . @snapnutrition #snapnutrition #fitnessmotivation #gains #instahealth

Finally, I announced this week that my first ultramarathon of the year will be the Akamas 50K in Latchi, Cyprus, on February 18th.

My next ultramarathon (and first race of 2018) will be the Akamas 50k in Latchi, Cyprus, on Feb 18th! ?Very excited to get the wheels spinning on such a beautiful part of the island?. Read my race announcement and analysis on the blog! Link in bio ? . . . . . #getoutside #cyprus #akamas #fitformiles @manukasport #cyprustrailrunners

One of the very first rap albums I listened to outside of 2Pac was Enter the Wu-Tang: 36 Chambers. Growing up in rural Maine and at the ripe age of 12, I didn’t really understand the group’s dynamics nor much of what they were talking about. Despite that, their flow was incredible and the beats were unlike anything I’ve heard to this day. This was, and continues to be, one of my favorite songs they’ve ever made. Please excuse somewhat-offensive title and just jam out like I do!

Well, it’s been quite a week! From finding out that my camera is safe and sound in a Ukranian freezer, to jumping on board with a couple of new sponsors, and finishing the week with my first decently long run in several weeks – things are looking good. My eye is set on the upcoming 50K race and then my Appalachian Trail hike following that.