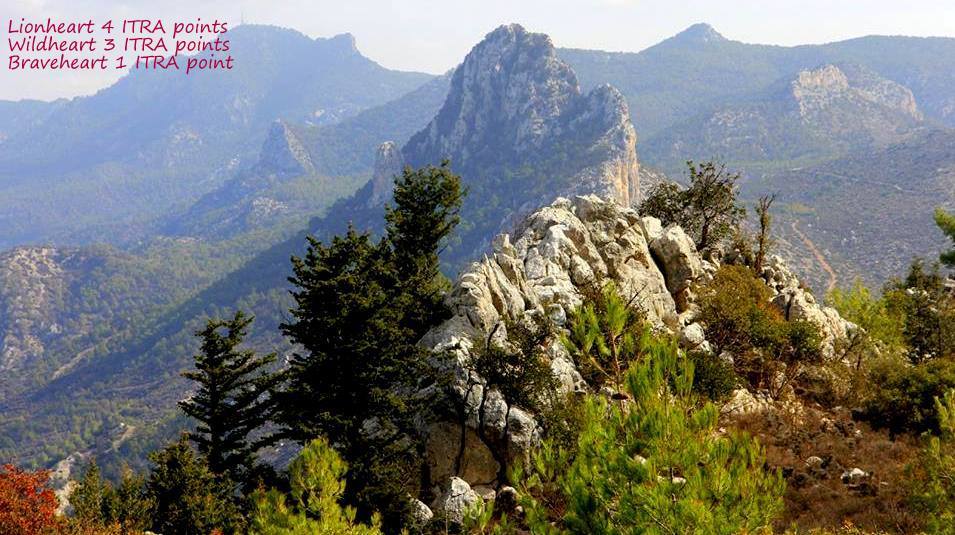 The Two Castles Mountain Ultra is a trail race hosted by the Cyprus Trail Runners in the Kyrenia Mountains of Northern Cyprus. Beginning in 2012, it has established itself as one of the most beautiful and gruelling races in Europe with racers travelling from far and wide to compete. Its name comes from the fact that the race starts at an old Crusader castle (Kantara) and includes a second castle (Buffavento) which runners must ascend as part of the 80km and 30km routes (700m in height!) before continuing to the finish. Check out some of the magnificent views on the trail from last year’s race (all photos courtesy of Cyprus Trail Runners photographer Bryan Peazon)

The Ultra is comprised of four races of varying lengths:

Last year, I completed the 30k race as my introduction to trail running and very first mountain race. It was INTENSE. Read all about it here. I had trained for several months leading up to the race, and it still almost killed me. It was by far the toughest athletic event I had ever done–and it felt great! This year, I’m coming back for more and will be attempting the 50k race (which wasn’t offered last year–not that I would have attempted it!). The race is set to take place on May 13, 2017 and will be along the same route as last year. The new 50k Wildheart race will start at the same time and place as the 80k Lionheart (Kantara Castle, 4am), but it will end before hellacious ascent of Buffavento Castle. This being my first “Ultra” (e.g. longer than a traditional marathon), I think it’s a good place to start and don’t mind missing the castle ascent!

To prepare for this race, I will follow a rather regular 20-week running plan which calls for progressively longer runs with the occasional de-load and recovery week. In addition, I will keep up with my normal weekly strength training routine to provide the much needed stability, power, and injury prevention that it provides.