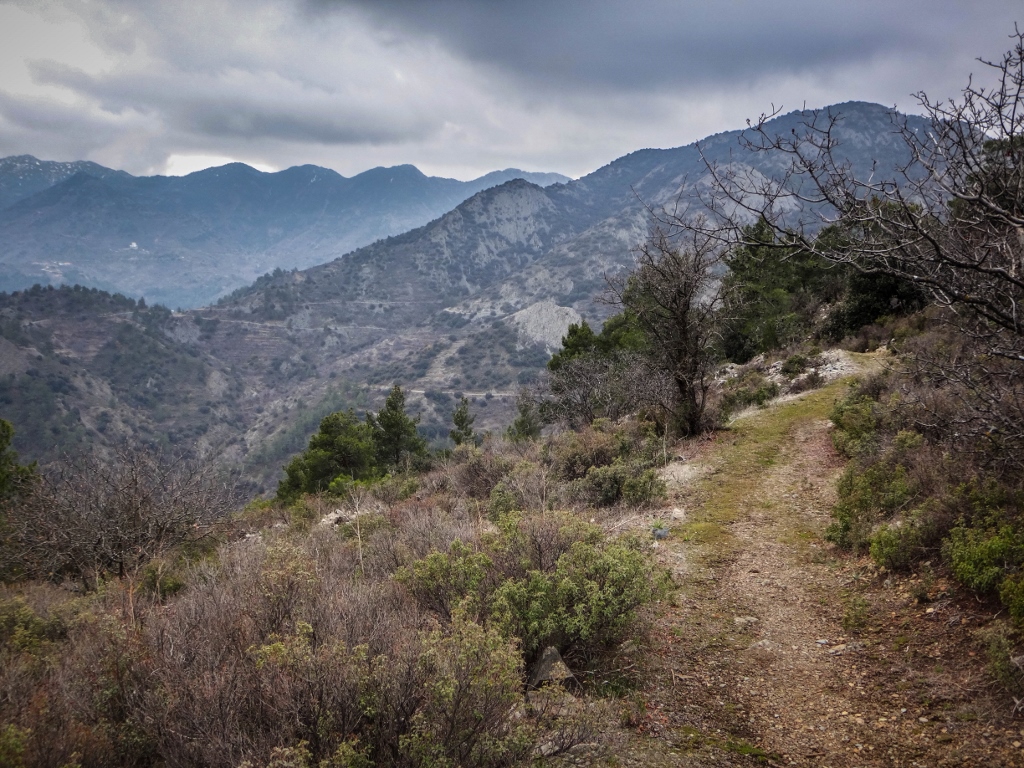 Week 4 of my 50k Ultra Training is complete, and below is my summary for the week.

A 4-day training week with solid results. The running mileage was a bit slow out of the gate, but I was able to pick some up over the weekend. The run on Saturday was a nice and hilly trail (part of the E4 again) organized by the Cyprus Trail Runners (the group organizing my 50k, among other races). Those guys really know the area well, and so we met at one monastery (Panagia Tou Arakos) and ran to another (Stavros Tou Agiasmati) using an old monk’s path. The whole thing was about 9mi out-and-back, but I made a rookie mistake and forgot to start my GPS after one of the stops and didn’t notice for about a mile and a half. Oh well. Here are some great pics from the run, some of which have been provided by Bryan Peazon (one of the of the Cyprus Trail Runners organizers). It was a great day of running with friends, which is a nice change after being alone for the last few long runs.

I knew I needed some extra mileage so I got up early the next morning and hit the River Trail with my elevation training mask for a few extra miles. After that, it was off to get a Thai massage and give everything a rest. As you can see, the elevation is essentially negligible at 374 ft (compared to the 4,000+ ft on my other long runs). This was a nice and quick way to get in some extra mileage and work on my cardio with the elevation mask, and for that it served its purpose. I don’t plan to do many training runs on the River Trail (other than mid-week runs, for which it is very convenient) since I need the vert for training. In the weightroom, I had another strong week. I only got in 4 sessions as I was off on Monday, but I was able to go up in weight on a couple of exercises (hence the “new records”, although take that with a grain of salt as they may have been only a pound or two!). Next week will be my last full week of training before beginning our epic round-the-world trip, when things will get interesting. I won’t have a steady gym or run schedule for six full weeks and will have to get it in when I can. But until then, I’ll keep hammering.