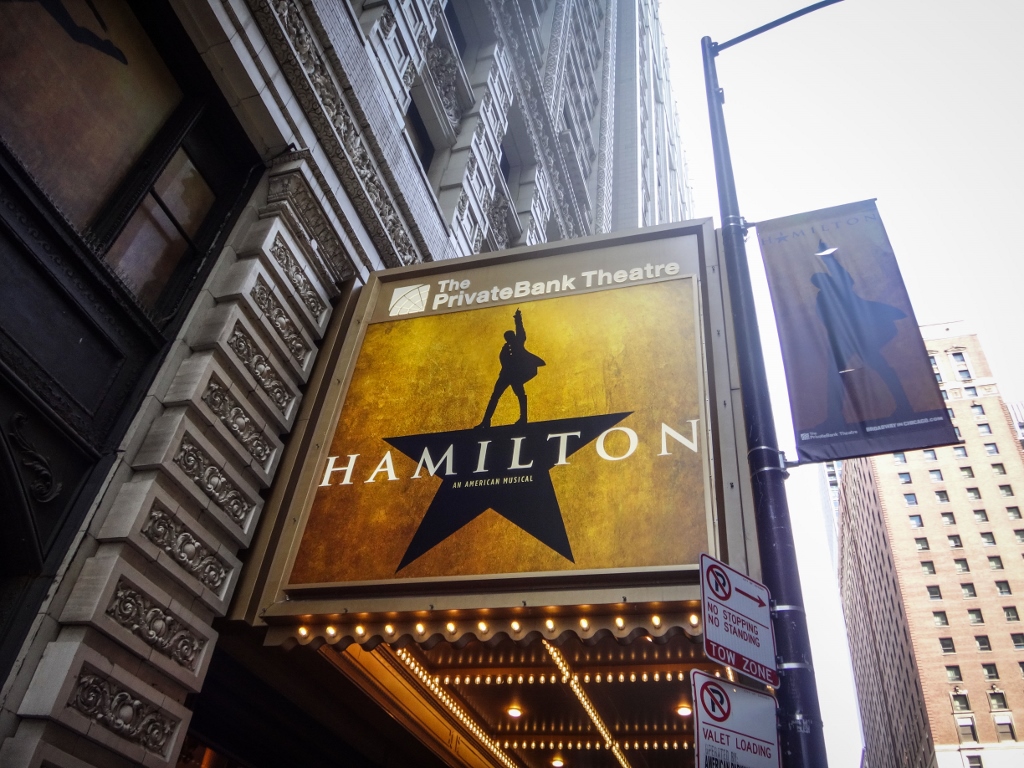 We visited Chicago in February, when there is usually knee-deep snow, howling wind, and biting cold which would all but keep the vast majority of folks indoors. For some freakish reason, however, the weather was unseasonably warm (and broke records in the process!).  We took full advantage of our time, walking all around the city and hitting up some of our favorite spots. One of the highlights of our trip and something I had been looking forward to for a long time was seeing Hamilton, the broadway musical about Alexander Hamilton and his story as a Founding Father. After hearing others rave about how good it was, we were determined to get tickets. Luckily, they were doing shows while we were there and I was able to snag some seats at face-value thanks to the American Express Platinum Concierge (still expensive at $180/ea, but not nearly what the scalpers wanted for them!). I hadn’t ever seen a Broadway musical before, so this was quite an introduction. The show was absolutely fantastic and completely held up to all the praise it has received. Not sure I would pay that much to see it again, but it was extremely well done. The set was so uniquely and purposefully designed that they could fit Hamilton’s entire life story into one small stage. I actually learned quite a lot about the founding of our country by watching this performance that I don’t think I ever would have known otherwise–like how influential he was in the formation of the Constitution, how he had an affair that ruined his political career, and that (SPOILER ALERT) both he and his son were killed in duels. Again, I can’t say enough how well-done this performance was. GO NOW. Another show I love to attend in Chicago is The Second City – the famous improv comedy troupe whose notable alumni include Mike Myers, Tina Fey, Steve Carell, and Dan Aykroyd. We attended the “Best Of” show and, per usual, it was hysterical. The next day, after running some errands (including going to the eye doctor, which required pupil dilation), we did a bit more sightseeing. First stop was Millennium Park.

And then the candy store… And finally, the Museum of Modern Art. Can’t say I really ‘get’ modern art (does anyone?), but they had a few interesting pieces worth seeing, including this cat: And these buckets of paint: But then it got weird. Time to bounce!

After a long day of running around, we were happy to be crashing at the Ritz-Carlton hotel which was conveniently located right off the Magnificent Mile. Before we knew it, our time in Chicago had come to an end and we were on our way to the next destination–Asia!