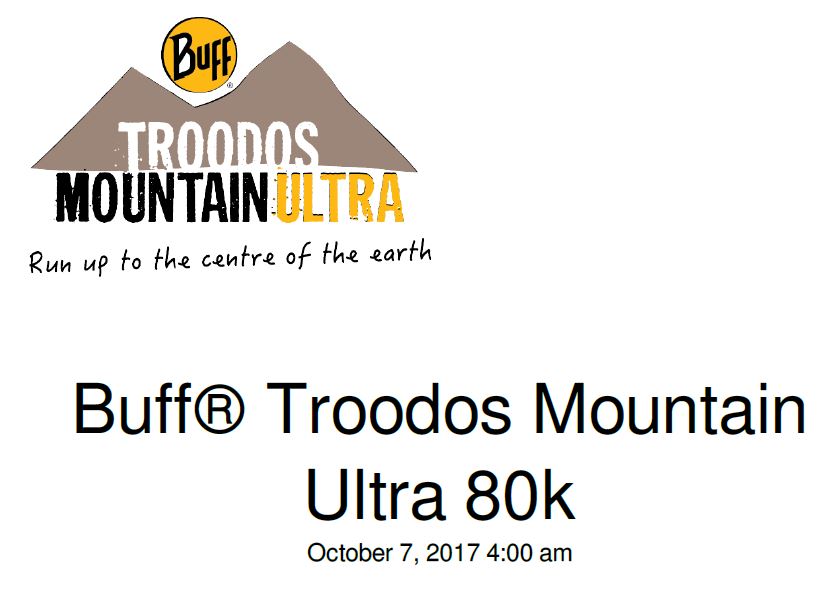 The next race I plan to participate in will be the Buff Troodos Mountain Ultra 80k, scheduled for October 7, 2017. I’ve been contemplating for a while now which distance I would like to run–whether I wanted to go for another 50k or jump up to the 80k–and I decided to go for the latter. Just like my 50k race, this will be the longest distance I have ever run, and the fact that it scares me a bit is enough of an indication that I need to go for it.

Despite the attractiveness of the challenge that the race presents, this area of Cyprus is also a wonderful geological specimen and running the course is quite a privilege. Designated by UNESCO as a Geopark in 2015 the Troodos website notes that,

The wooded peak of Troodos is actually the deepest layer of a section of oceanic crust and the Earth’s upper mantle. In other words, an ophiolite complex that was formed 90 million years ago, 8,000 metres below sea level.

Wow. We’ll quite literally be running to the center of the earth (hence the race’s tag line!). Pretty incredible!

Registrations for the race can be made on the Buff Troodos Mountain Ultra website. The prices are as follows (including VAT):

The cutoff time for registration is midnight on September 24, 2017.

Here is the course in all its glory:

The course is essentially three loops starting and ending in Troodos Square, the same place that I ran the Garmin Troodos Marathon not long ago. The elevation profile is pretty daunting:

The last loop of the course is the 25k route (which I ran last year) and involves several miles of downhill into the valley followed by several miles of going right back up. It’s pretty torturous, especially on already-tired legs.

There are only 5 aid stations along the 80km route with 12-15km between them, so it’s crucial that I have enough food and water to last those distances.

I’m not doing anything radically different than I have done for other races. Why change what’s working? Minor tweaks here and there to my diet, clothing choices, and training schedule will certainly occur, but nothing major. I plan to write up a new Training Plan for this race, even though I have already started training for it. Be on the lookout for that, which will be published soon.