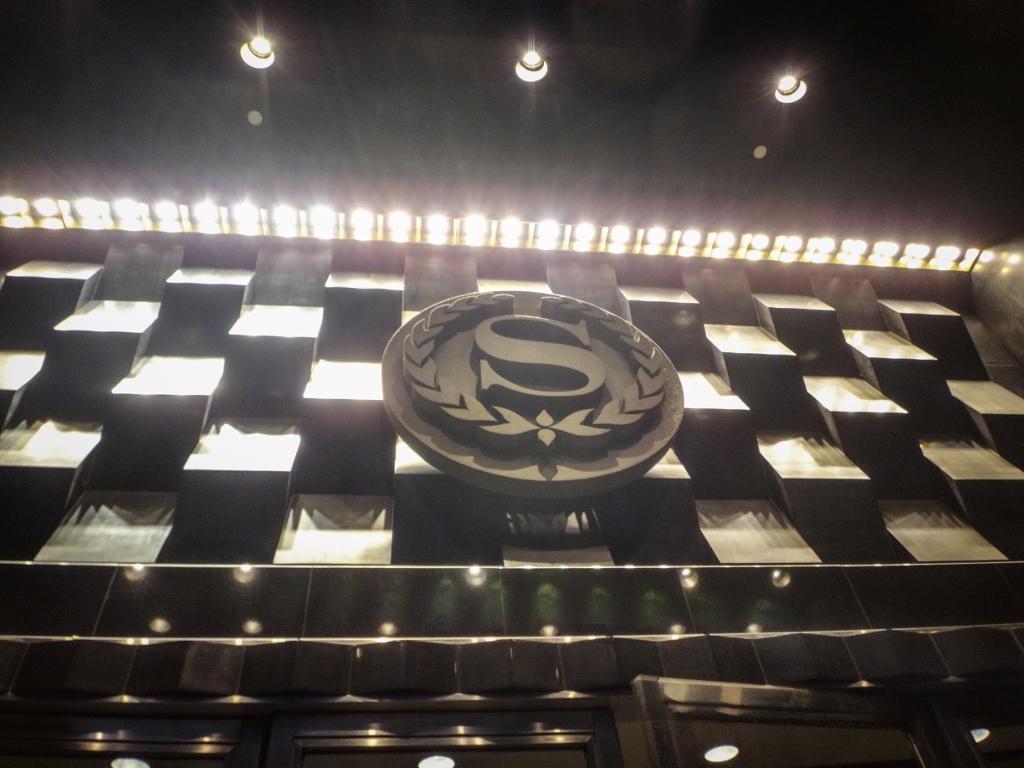 The Sheraton HK is located at 20 Nathan Rd in Hong Kong, which is literally right across the street from the InterCon HK where we were coming from. Nathan Rd is a busy through-way in downtown HK, but the hotel sits atop a shopping mall with many luxury stores. It has a couple of different entrances and so it’s easy to find. Due to its central location, it is within very close walking distance of the metro and bus stops that we used to get into the city from the airport (we used Uber to get back). If you plan to stay on the mainland (and not Hong Kong island), this stretch of road is great area.

Once entering, you must take the stairs/escalator/elevator up a floor to reach the lobby and check-in area. The lobby has a strange mixture of retail storefront and hotel service desks, so you’re just as likely to wander into a Gucci as you are the Concierge. We did eventually find the check-in desk and were directed to another set of elevators once we had the keys. We were upgraded to a Delux room (from a Standard) at check-in, which was nice of them (we requested the upgrade beforehand). There was nothing particularly wonderful about the room itself, but it was perfectly adequate. At 291 sqft, it is a bit smaller than other upgraded rooms we’ve received but for a single night it would certainly suffice. There isn’t much to the rooms, really. A TV, small electric kettle for boiling tea/coffee water, a desk, and small closet. We were packing light and didn’t need much space, thankfully. The view was overlooking other surrounding buildings but there was a small area where we could see the Hong Kong Harbor (behind some construction, of course). This room (just like at the Intercon) had a free InFocus phone that we could take with us around the city and use for maps and Internet searches. As with the device at the other hotel, I just popped out the SIM card and used it in my phone so I could avoid going through their clunky interface. Worked like a charm! The bathroom was strangely…translucent. Lots of see-through and reflective surfaces. The products were standard Sheraton bar soap and shampoo. Nothing fancy. Upon returning from a walk in the afternoon, we found a nice bottle of wine with a plate of fruit and macaroons that had been left for us by the staff. A very nice gesture! The lounge here is, honestly, pretty terrible for the level that this property is supposed to be.

When you enter, it looks like they just awkwardly positioned some high chairs and sofas in a regular guest room. Their regular offerings consist of some sodas and coffee and not much else. To their credit, they did put out a few snacks for “happy hour” from 5:30-7, but it was more or less high-carb garbage without much substance. I tried one of their beers and got a couple of finger sandwiches, but it wasn’t worth staying and got super crowded (which doesn’t take much when there’s only seating for about 10). We spent as little time as possible in the club lounge. It was stuffy, uninviting, and had poor service options. It wasn’t the wasn’t the worst lounge we’ve been to, but it was close!

I booked this hotel using “SPG Cash + Points” and paid 6,000 pts plus $110 for the night. The going rate of the room was $240 per night, resulting in a redemption rate of 2 cents/point. I value SPG points about 2.5 cents/point, so this is an acceptable value but nothing fantastic.

Overall, this is an alright property. The location is fantastic, the value is so-so, and the lounge is awful. On future trips to Hong Kong I would only stay here again if there was a nice promotion going on or if I desperately needed to stay on the mainland. Otherwise, there are so many other good hotels in the city that there’s reason to settle for mediocrity (especially for $240/nt!).