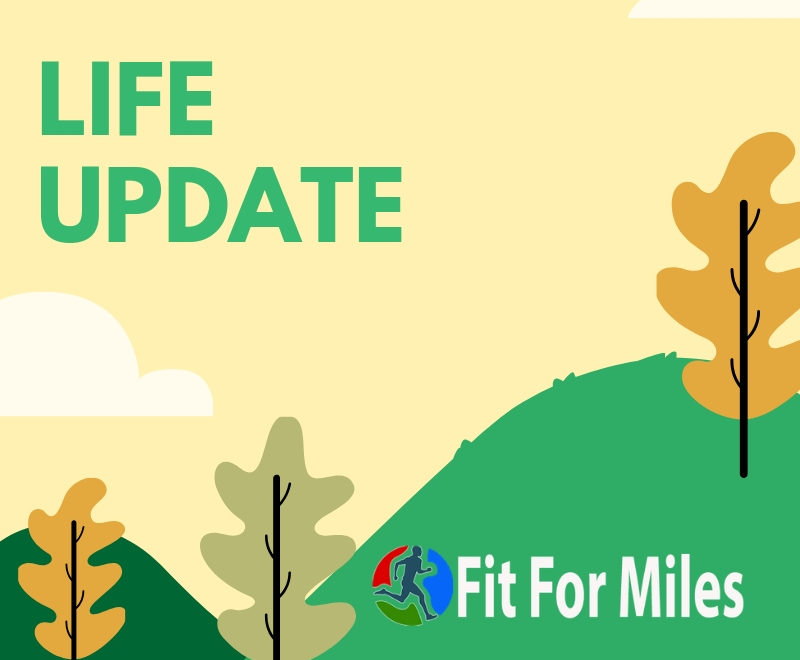 On June 30th, I finished the Appalachian Trail after 97 days of hiking. I then spent a couple of weeks in my hometown on Mount Desert Island, where I rested and did a bit of trailrunning in Acadia National Park. As all good things must come to an end, it was time to get back to work after being off for nearly five months. In August I boarded a flight bound for Islamabad, Pakistan, where I will spend the next two years for my assignment with the State Department.

I have now been in Pakistan for nearly two months and am slowly getting back into a groove. It’s difficult to describe living in this part of the world, as it’s unlike anything most folks experience in their travels. The relationship between Pakistan and the United States is incredibly important and they are a key partner within the Indian subcontinent. As a nation that borders Afghanistan, Iran, India, and China, its location makes them a critical strategic ally for advancing U.S. interests abroad. Our relations have been strained over the last couple of years which has resulted in the suspension of $300m in military aid that the U.S. formerly supplied to assist Pakistan in fighting terrorism in the region. While the tense political situation has disrupted progress in many ways, it’s not nearly as visible at the granular level. The people I work with on a daily basis within the embassy have been nothing short of completely welcoming and overwhelmingly kind. Pakistan has its problems, sure, but I’ve enjoyed getting to know all of my colleagues and learning more about this incredibly interesting culture.

With work and life covered, what’s left is fitness – the main reason I started this blog. I got into trailrunning and ultramarathons while living in Cyprus, where I had the freedom and access to hundreds of miles of beautiful and quiet trails that I would frequent regularly while also taking to local streets and paths for runs during the week. Unfortunately given the security situation in Pakistan, I no longer have that kind of freedom despite there being gorgeous and bountiful mountain ranges just outside of Islamabad. Although we have much more freedom here than our counterparts in Afghanistan or Iraq, we must still be cautious and heed all directives put forth by our security office. Currently we have access to some roads we can run on, but no trails.

We also have a brand new multi-million dollar gym that looks like something a D1 college football team would work out in, so that is immensely helpful. There is a running group that meets a couple of times per week for group runs, so I try to do my road runs with them and then do my elevation work and strength training indoors. Another factor that affects my training is diet. Despite losing 26 pounds during my thru-hike, I gained it all back (and then some) in spectacular fashion and am back to resisting the urges of my sweet tooth. It doesn’t help that there’s a Dunkin’ Donuts in the embassy.

Fresh food in Pakistan is plentiful and inexpensive, but fruits and vegetables must be sanitized with bleach before consumption which adds a little extra work.

Despite my best efforts, there’s no real way to avoid some gastric distress, affectionately known as the “Paki Attacki”. Everyone gets it sooner or later, and poop talk among neighbors is almost as frequent here as it was on the Appalachian Trail. While easily treated, it can take a toll on your system and easily ruin a day or two of training.

So given my situation here and the fact that ultramarathons are non-existent in Pakistan, I will need to travel for any races I plan to attend during my time here. Because it can be difficult to get away for weekend trips, I plan to coordinate these races with my longer vacations to kill two birds with one stone. I’m currently looking into a number of races and working out the details.

Even while hiking the Appalachian Trail, I’ve tried to stay somewhat consistent with my writing. Once I was back to having regular computer access, I began pumping out posts about the trail and my experience. It was great to relive some of the moments I experienced out there while also analyzing my journey in different ways. I’ve now been finished with the trail for almost as long as I was on it, but I’m still digesting the experience and I’m not sure I’ll ever fully realize its impact.

While I’m nearly out of ideas for posts about the AT, I found that I really enjoyed writing about the outdoors in general and sought to expand my contributions on TheTrek.co from blog posts to longer writing pieces. I have since had a ton of fun publishing pieces on the West Highland Way and Acadia National Park, both of which are near and dear to my heart.

In addition to writing about the outdoors and my training, there are several trips we took last year that I haven’t gotten around to writing about, such as Slovenia, Hawaii, Ukraine, Montenegro, Israel, and Romania. While not as contemporary as my recent exploits, these were all great experiences that I’d like to document further.

The second major reason I started this blog was to write about my travel experiences. As someone who is borderline obsessed with travel and has lived in far-off places (Egypt, Cyprus, and now Pakistan), I’ve had the opportunity to visit some incredible places. Most of my trips are funded via frequent flyer miles and credit card points, and I enjoy planning and writing about my trips both as a way to re-live the experience and hopefully inspire or inform others about the various places and experiences I cover.

As I mentioned above, I’d like to write about some of the experiences we had last year that I never had time to put into words. In 2017, we took one or more trips per month from Cyprus. It was convenient to get nearly anywhere in Europe and we took full advantage. Now, despite being a destination for all the major Middle East airlines (Emirates, Etihad, and Qatar), our work schedules have gotten much busier and we’ll be limited to far fewer trips. So far, we’ve only got two trips planned for 2019 – a visit to Thailand and a longer stay in Australia and/or New Zealand. I hope to get back to the U.S. sometime during the summer as well, but that’s TBD.

It’s been a busy year with travel, hiking, and moving to Pakistan but I’m finally getting settled and putting my nose back to the grindstone. I have my next race and trip planned so I’m looking forward to the next few months of preparation. In the meantime, I’ll keep putting out content and attempting to keep my bowels in check.