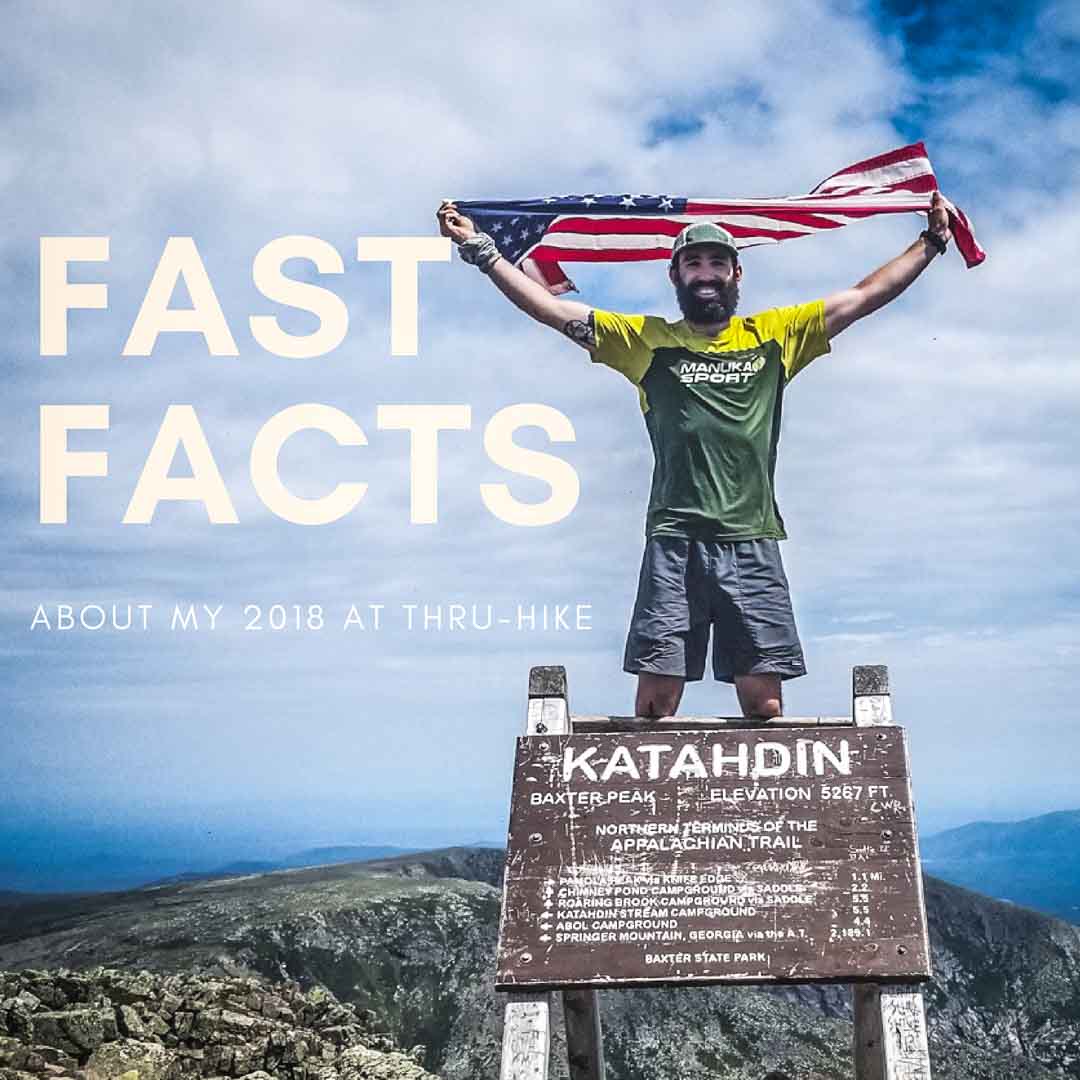 Hello again! It’s been just over two weeks since I summited Mt. Katahdin and finished my Appalachian Trail thru-hike. Now that I’ve taken some time to recuperate, I’m ready to start writing a bit more about my experience.

For my first post-AT article, I though that perhaps I’d indulge you readers on some fast facts about my hike including all the common questions I received before, during, and after my hike. I plan to expand on many of these topics in separate posts, but for now here are the details.

That’s it for now! Comment below if I missed anything or there’s something else you want to know.